Rockaholic Magazine: Florry, first of all thank you for taking the time. You’ve been hinting at it for weeks on social media, and now it’s out. Flyswatter is back! How does it feel?

Florry: Hi Patrick & Rockaholic…You’re welcome! Yes, we’re back!!! 😊 It’s like having a best friend that you haven’t seen in years…when you meet again the “feeling” is immediately back. We all know each other since school days, grew up in the same place and had the same passion for music. This has not changed until today.

RM: How did the revival come about?

Florry: In March 2020, at the beginning of the Corona crisis, I was singing something to myself and thought to myself “This sounds like a Flyswatter song…” And so one thing quickly led to another. Attila and Marco had also started writing new songs a year before. Almost 9 months later we are sitting here and are happy about our first single “Youth Gone Wild” which was released on 12/24/20.

RM: But let’s jump back a bit: The founding year was 1994, when “Green Day” was at the top of the rock charts with “When I come around” and for many bands THE reason to form a rock band. Who was your inspiration for the foundation?

Florry: Oh man. Goodtimes. 1994…what a mega year for music!!! I still remember the first time I heard “Green Day” on tape in my walkman at the outdoor pool in the summer of ’94. We were always into bands with loud guitars and melodic vocals… “Green Day” were definitely a big influence here too… and Fun Fact: “Basket Case”, was also one of the first songs we covered as a young band. But for me personally, it was always “Guns n’ Roses” that was THE trigger to play guitar in a band.

RM: You started as a school band, but became known quite quickly. What steps were necessary to get the appropriate attention at that time?

Florry: It was the time way before internet, YouTube and co. so the only way to become known was to play concerts. We really played EVERYTHING and EVERYWHERE. From company parties, to beer tents, to birthdays and school parties. I think with us it was Visions magazine that generated attention with reviews of our first album “Black and Blue“.

RM: With “Black and Blue” you released your first album in 1999 with a full 15 tracks and a good hour of playing time. A lot of material for a debut album. How did the production go, it was literally bubbling over with ideas, wasn’t it?

Florry: At that time we were rather from the slow troop…we had enough time to write many songs since the foundation in 1994. It was our first real studio production and for us like a kind of band rehearsal…we didn’t know anything else. We all practiced well. But to enter a studio as a pure live band was of course unusual. But our producer / sound engineer at the time Chris Void has helped us a lot with his experience and THC-favored balance😂.

It’s a bit like “Back to the Future” as Marty gets into the legendary Nike pumps and onto the hover skateboard. Florry – Flyswatter

RM: Compared to today, how has producing music changed for you?

Florry: There really are light years in between. It’s a bit like “Back to the Future” when Marty gets into the legendary Nike pumps and onto the hover skateboard. That’s how it feels to me with smartphones these days. As a musician, it’s possible to do just about anything on a cell phone these days that you used to only be able to do in big studios and with the appropriate “pocket change”. The days of sessions in a basement, the countless failed attempts at the tape machine in the studio…you can skip that today confidently and land directly on the high-end production.

RM: Change is the order of the day for all of us right now, and the pandemic is, I think, a very formative time for all of us. What has had a lasting impact on you in recent years?

Florry: I think the most important thing about change is that you accept it and move on. The pandemic is an extreme but good example of this. We have to realize that this virus is a fact and WE have to change. What has influenced me the most in the last years is surfing in the ocean. Here you will realize in less than 1 minute who is in charge. Surfing works only if you accept that I can never impose my will on the ocean. People, we are just small grains of sand in the huge ocean, we must never forget that. You shouldn’t always take yourself too seriously.

RM: But hopefully one day we will be able to enjoy live concerts again. Playing a concert is a very physically demanding affair. How do you keep yourself fit?

Florry: Yes!! That’s what I assume and keep myself as fit as possible. For me it’s the martial art Brazilian Jiu Jitsu (BJJ). Of course, a live show with the band is still the best workout, because you always have your favorite music with you.

RM: What do you have planned for the future as a band?

Florry: We released our first single “Youth Gone Wild” on all streaming platforms on 12/24/2020. In early 2021 we will release another maxi single with 2-3 brand new songs and in the second half of the year we will release the new album. We are so excited about the new songs that we are sending each other at least 10 messages / videos every day to celebrate. We can’t wait until you hear the new songs!!!

RM: In a Facebook post you talk a bit about your songwriting and mention that for you songs have to work acoustically, only then they work distorted. What tips do you have for bands that are just starting out?

Florry: I have exactly 3 tips for songwriting… 1) Play what YOU like best!!! 2) Tell a story with each song. 3) Forget technique, it will come naturally. I’ve often forgotten or neglected these 3 tips myself over the last 25 years…and it usually came out junk. Haha. The most important thing is to have fun with the music and not to be artificial. Then it is also fun for the listener.

RM: Thank you very much for the interview, Flo. I wish you a sensational start into the new year and hope we will hear a lot more. 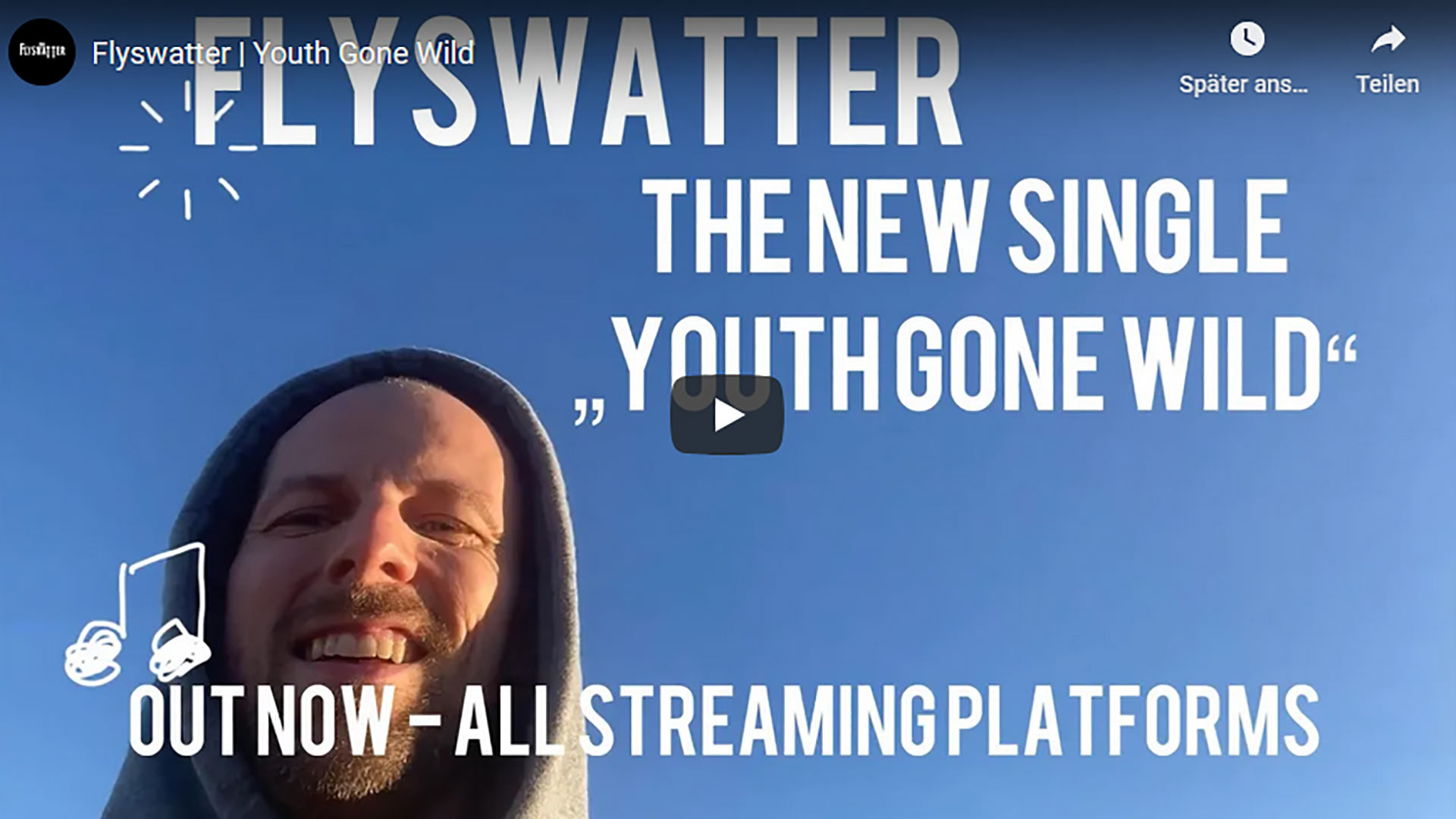